Pumpkins have become a huge part of Halloween tradition in Ireland, with people going to farms in their droves to pick pumpkins every October, others carving fantastic designs on pumpkins and sharing their images on social media.

The tradition of the carved Halloween Jack O’Lantern goes back many years, to the days when Irish people would carve terrifying faces into hollowed-out turnips, leaving them outside their empty homes to ward off the evil spirits that invaded the country from the Other World every Samhain night. The celts would leave food on their tables to welcome the souls of any lost family members or friends who might visit this night, but the menacing, ugly faces of the turnips served as a warning to any spirit or fae that might mean harm. But where did the name for these hollowed-out turnips come from?

The story of ‘Jack of the Lantern’ has many different accounts, but all lead to the same conclusion. Some accounts say that Jack was a farmer, some claim that he was a blacksmith, while others describe him simply as a drunkard. Perhaps he was all three, who is to say? But whatever his profession, Jack met the devil one evening, and invited him for a drink. Maybe he met the devil by chance, but some accounts tell us that the devil sought Jack out in jealousy after he overheard two other men talking about what a great trickster Jack was. The devil agreed to a drink with Jack, and Jack convinced him to transform into a gold coin to pay for the drinks (this would explain Jack’s nickname – everyone called him ‘Stingy Jack’). Instead of paying, Stingy Jack put the coin into his pocket beside a cross. The devil could not transform back and found himself trapped as a coin. Those devilish powers of his could not work next to a cross.

After a while, Jack relented and freed the Devil, under the condition that he wouldn’t bother Jack for a whole year. Of course, a year is really no time at all, and soon the devil was back to have it out with Jack. This time, Jack knew he was in for it. He pleaded with the devil to allow him a juicy piece of fruit from a nearby tree for his last meal. The devil climbed the tree to fetch Jack a nice ripe piece of fruit, and Jack quickly scratched a circle of crosses in the ground around the base of the tree. The devil could not descend with all those crosses on the ground, and he roared with frustration when he realised that Jack had tricked him again.

Jack kept the devil up in that tree until the devil agreed that Jack would never go to hell, that the devil would not take Jack’s soul whenever his life should end. Jack scuffed the crosses he had made on the ground, and the devil came down from the tree. We’ll assume that he didn’t give Jack the juicy piece of fruit he picked for him. Jack didn’t deserve it. In fact, I hope that he threw it at Jack while he was in the tree and that it bounced off Jack’s head.

Years later, death came to Jack, as it comes to all living things. When Jack reached the gates of heaven, he was surprised to find himself refused entry. Due to his stingy ways, his devilish trickery, and his drunken antics, heaven did not want him. One story tells us a different reason that Jack was unwanted beyond the pearly gates. It says that one day Jack happened upon an old man on the side of the road, and he helped him – the story did not specify what kind of help was required in this instance, perhaps the man simply needed a drink of water and Jack led him to the nearest stream. Whatever the case, the ‘old man’ was actually an angel in disguise, and he was so grateful that he granted Jack three wishes.

Upon hearing these wishes, the angel realised that Jack was not such a nice chap, so he decided then that Jack would not be allowed into heaven. And so he was turned away when his time came.

Unfortunately for Jack, the devil remembered him. He would not allow Jack into hell, but knowing that Jack now had nowhere to go, the devil gave him a lump of burning coal from the bowels of hell, so that Jack would have a light to guide him through the darkness of eternity.

Jack couldn’t very well carry the burning ember of hell around in his bare hands, so he hollowed out a turnip, placing the coal inside in order to use the turnip as a lantern. He became known as Jack of the Lantern, which then became Jack O’Lantern. To this day, he uses his lantern to light his way as he wanders, trapped between two worlds until the end of days.

Of course, one would rarely see a turnip used as a Jack O’Lantern in Ireland these days. We now carve pumpkins at Halloween, those being much easier to cut and hollow out. Although I’m sure poor Jack is still holding on to his trusty turnip. 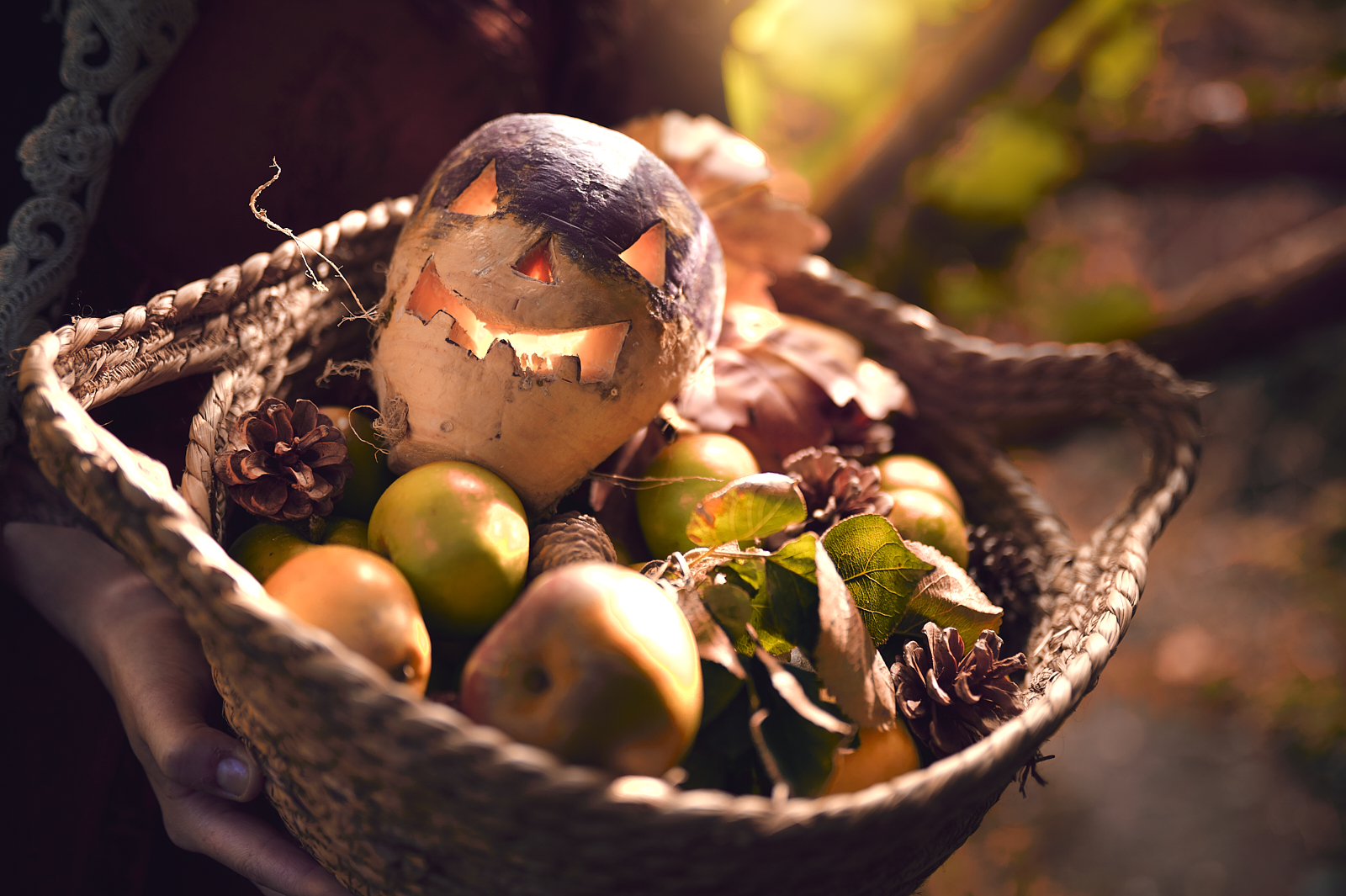